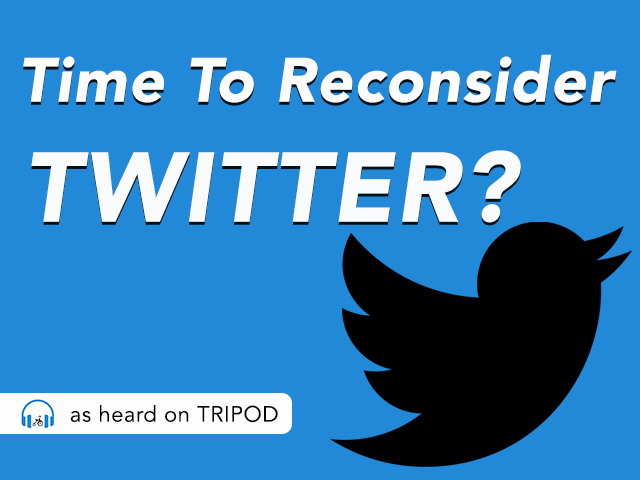 In this Tripod Unicycle Session, Ross and Kayla explore the depths of everyone’s favorite* social network, Twitter. The dynamic duo explore the choice to return to Twitter usage and the reasons that people might want to give Tweets a chance.

*almost-least-favorite (but not for long!!)

Twitter is cycling through the news as they explore new features for 2020, take the high moral ground amidst a political shitstorm, and make an effort to put users first. Here, we’ll detail three pieces of Twitter news that influenced our collective decision to reinvigorate our Twitter accounts and a few factoids that might inspire you to join us:

A social pilgrimage for the ethically fatigued

People are leaving Facebook in droves; so many, in fact, that the hashtag #deleteFacebook continues to cyclically trend on – you guessed it – Twitter. While the mass exodus away from Facebook is motivated by a lot of things, ethics is chief among them. If the influx of Boomer calamity hasn’t deterred you from using Facebook as regularly as before, Facebook’s ready willingness to sell our data for commercial and political gain of influence should.

In the wake of Facebook playing-sneaky with the US government (and abroad), Twitter made an important announcement: They won’t allow political campaign ads to appear on their platform. The choice not only to stop taking politician-backed coin for ads, but to rescue their users from a barrage of forced and purchased political attention is wise, but brave. In this episode, Ross and Kayla discuss their responses to this move, analyze how it might be more self-fulfilling than we think, and that it doesn’t matter if it was a PR move, because it was net-positive.

Save before you exit

Speaking of Twitter, when was the last time you used yours? If you haven’t Tweeted or used the platform in 6 months, your account is being labeled as “inactive” on the backend. Twitter will be cracking down on “inactive” accounts in the near future, with an initial focus on the UK, in response to GDPR.

You might be thinking, “what about if I was dead though?” Well, you’re in good company. Everyone except those who actually work for Twitter also had this thought. In response to backlash, Twitter backed off of their plan to hack away at the “inactive,” citing an oversight in regards to the deceased. They announced that yes, accounts belonging to those who have passed will be memorialized somehow. They haven’t worked out the kinks yet.

In this episode, Kayla and Ross banter over the concept of “handle-hoarding,” and whether Ross’s old and unattended Twitter accounts of yore will be among the euthanized accounts.

If you’re like many people, the time you could have spent Tweeting in the last several years, was spent cruising Reddit instead. If you’re no stranger to the rabbit hole of Reddit and other forum-focused sites, you’re going to love this. Twitter is exploring a “nested” reply thread for Tweets would which make replies more navigable and visually intelligible. If you are a current or former Tweety-bird, you’ve probably lamented the unsophisticated way that Twitter currently formats replies. Despite proclaiming itself as a “social network,” Twitter has never quite nailed their approach to two-way conversations and community building, gaining a reputation as a playground for narcissism and monologues no one asked for.

Could this reformatting be a sign that Twitter finally gets it? In this episode, Ross and Kayla discuss the new feature changes that will be coming to Twitter in 2020 and how these user-first changes could make or break the Twitter comeback.

Maybe this video will convince you. Or, maybe it won’t.

Either way, remember, whenever you decide to create a new Marketing channel, it’s like another content mouth to feed. So, if you are now all-in on Twitter for your Marketing and want some help in developing a content strategy, drop us a line and we’ll get pedaling! 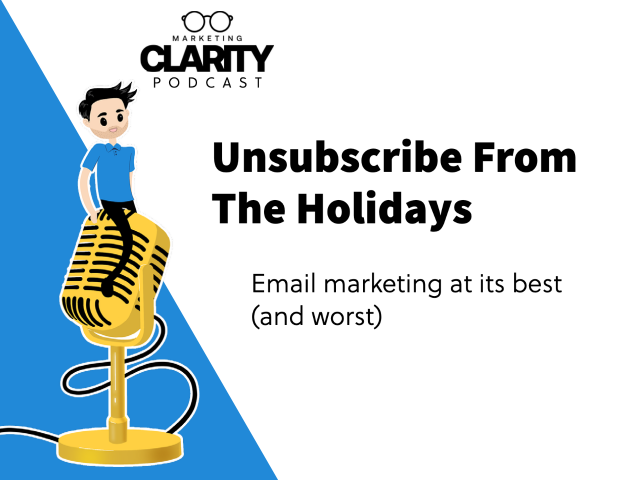